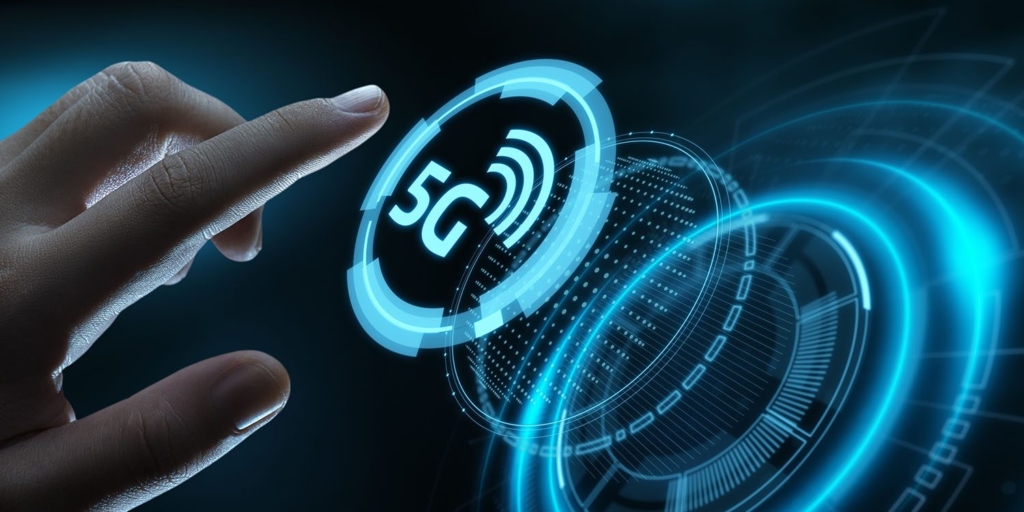 Qualcomm gathered hundreds of journalists and partners in Hawaii to talk one thing: 5G

Last year, Qualcomm met with hundreds of reporters and analysts on the sunny beaches of Maui to talk about how 5G would change the world in 2019. The hype and excitement level was high. Then, reality hit. Network rollouts were met with hiccups and delays, you needed a map to find coverage and consumers ended up more confused than excited.

Then there was the whole mess with AT&T’s 5GE, which is definitely not 5G.

This year, at its third-annual Snapdragon Tech Summit in Hawaii, Qualcomm gathered every major US carrier, several handset makers and various other partners to promise one thing: 2020 will be different.

“2020 is the year 5G goes mainstream,” Qualcomm President Cristiano Amon proclaimed at the start of the conference. He expects more than 200 million 5G smartphones will ship in 2020.

5G promises to significantly boost the speed, coverage and responsiveness of wireless networks. It can run 10 to 100 times faster than a typical cellular connection today, and it’ll also boost how fast a device will connect to the network with speeds as quick as a millisecond to start your download or upload. It’s the most significant advance in mobile network technology since the introduction of 4G a decade ago, and it could have major implications for how we live.

But for now, a lot of those promises remain unfulfilled.

That hasn’t deterred Amon’s enthusiasm for the technology.

“You could argue that 200 million could be conservative, especially looking at China,” Amon said in an interview with CNET on Tuesday.

That’s an ambitious declaration for a technology that’s really just getting started. Even in Hawaii, at the Snapdragon Tech Summit, there are some doubts.

“I don’t think it’s going to be mainstream,” said Creative Strategies analyst Carolina Milanesi. “But by the end of 2020, we will have a better feel for what living in a 5G world would look like.”

The next-generation networks are finally live in the US and other countries around the globe, but they’re not perfect. The biggest drawbacks of 5G today are spotty coverage in relatively few cities and expensive, limited devices. If you bought one of the 5G phones available early in the year, it won’t be able to tap into the newer, broader 5G networks that AT&T and T-Mobile are just now launching. And 4G connections are getting close to some early 5G speeds.

While Verizon was the first to launch a commercially available 5G service, its fantastically high speeds were hampered by short range, a characteristic of the millimeter wave (or mmWave) spectrum it uses.  The carrier is hoping to expand coverage and devices in 2020.

“Next year, you’re going to see from Verizon an expansion of existing cities, addition of a lot more cities and addition of many devices and form factors beyond just smartphones that take advantage of our great 5G network,” Nicki Palmer, Verizon’s senior vice president of technology and product development, said in an interview Wednesday.

T-Mobile only this week turned on its wider ranging, low-band 5G network. CNET’s Eli Blumenthal, who ran around Manhattan testing the device’s speeds, said “it’s not worth the upgrade yet.”

Sprint, which has a strong 5G network in cities where it has midband airwaves, is counting on its merger with T-Mobile to provide customers nationwide service. “In 2020, the focus becomes about mass scale for 5G,” Ryan Sullivan, vice president of product development and engineering at Sprint, said in an interview Tuesday.

AT&T, which introduced 5G on mmWave a year ago for business customers, still hasn’t started letting consumers access its network. It plans to launch the slower low-band coverage in at least five markets by the end of the year, but it hasn’t yet set a date for consumers to use its higher speed millimeter wave network.

“We had to get in the game and learn,” Kevin Petersen, senior vice president of AT&T Mobility, said in an interview at the Snapdragon Tech Summit. “As we round the corner into ’20, we’re seeing actual deployments of broadscale leverage, and we’re starting to see the device ecosystem get started.”

For those devices to really take off, many will need what this week’s Snapdragon Tech Summit was all about: Qualcomm’s new Snapdragon 865 and 765 processors.

Qualcomm, the world’s biggest wireless chipmaker, on Tuesday unveiled its new Snapdragon 865 processor for high-end smartphones in 2020. The chip, which is faster and brings advancements in the photo, video, gaming and artificial intelligence, will power devices like Xiaomi’s Mi 10 and Oppo’s next high-end phone, two flagship devices expected to launch in the first quarter of 2020.

Surprisingly, phone makers that want to use the Snapdragon 865 and connect their devices to a 5G network must also buy Qualcomm’s X55 modem. Many market watchers had expected Qualcomm’s newest high-end chip to integrate 5G on the same chip as the application processor. When paired together, phones will be able to download data at up to 7.5Gbps (seven and a half times faster than the speediest home broadband connection).

Qualcomm’s initial 5G modem, the X50, runs on 5G networks only. Handset makers needed to buy a separate chip that can connect to older networks. Two modems mean a more expensive, bulkier and battery-hogging phone. It’s part of the reason why we’ve seen 5G phones cost so much more than their 4G siblings.

The X55, out later this year for a few devices but in many more in 2020, will be able to run on older generations of wireless technology in addition to different flavors of 5G. With the X55, handset makers can build unlocked 5G phones, much like what’s available with 4G LTE devices, that will allow you to jump between carriers.

If phone makers that want a single chip that acts as the brains of a device and connects to 5G, they can instead opt for Qualcomm’s new Snapdragon 765 or its gaming-focused variant, 765G, that include the slower X52 modem integrated inside. The 765 and 765G processors will be aimed at cheaper smartphones than devices using the 865.

It’s thanks to the 765 that 5G phone prices may finally come down in price.

This year, most handset makers that introduced a 5G phone made one variant of their 4G device with faster connectivity. Samsung, the world’s biggest phone maker, was one of the few companies to launch more than one 5G phone.

In 2020, the number of devices overall will jump. AT&T and T-Mobile both told CNET at the Snapdragon Tech Summit that they’ll each offer at least 15 5G phones next year. At least one of those devices will likely be the iPhone, which is expected to get 5G connectivity using Qualcomm’s modem in late 2020.

Not all of those devices will be as pricey as the initial 5G smartphones — or as expensive as the likely first 5G iPhone.

“We expect we’ll be down at the midrange price point at some point during the [next] year,” Mark McDiarmid, T-Mobile senior vice president of radio network engineering and development, said Wednesday in an interview.

Part of that likely will be thanks to the cheaper Snapdragon 765 and 765G processor and its integrated modem.

Rather than making trade-offs with the Snapdragon 865, Qualcomm made the compromises in the Snapdragon 765 and 765G, which boasts half the peak speeds and a third of the processing power vs. its top-tier option.

The Snapdragon 765 will be used by companies like Nokia phone maker HMD to introduce less-expensive 5G devices. HMD boasted that its first 5G phone would be significantly less expensive than what’s in the market.

Qualcomm’s Amon, meanwhile, said some Chinese companies are aiming to launch 5G smartphones with the Snapdragon 765 that cost around 2,000 RMB (about $284).

How much — or when — pricing drops for premium 5G phones is unclear. T-Mobile’s McDiarmid expects for phones that tap into lower bands, the premium will go away in about two to three years, or even quicker. “But mmWave is a different thing because I think it’s going to take other countries deploying mmWave and consume mmWave devices to eliminate the cost premium there,” he said.

But carriers are hoping it’s sooner rather than later.

Eventually, “5G becomes part of the package for these devices,” Sprint’s Sullivan said. “If it’s a few hundred-dollar adder for 5G, it never becomes mass market.”

2020 should also be the year when the talk about 5G moves from how “fast can I download something” to “these are the other things you can do with it,” Qualcomm and carrier executives said.

Verizon has also set up a lab with entrepreneurs to come up with new uses for 5G, like tapping into the technology during surgeries to make the cuts more precise.

“5G is a huge enabler but it’s that plus AI, miniaturization of electronics, software and hardware virtualization,” Verizon’s Palmer said. “When you put that all together, that’s where this magic really can happen. You start to see some of these things that looked futuristic being possible in 2020.”